“EL Sal-va-doh-RE-AN Salva-doh-RAN, Salva-DOH-RÍ-an,”
los mui-muis, we don’t even know what
to call ourselves. How to eat
a pupusa: ¿fork & knife? or
¿open it up & treat it like a taco? but
then, we’re betraying our nationalistic (read:
anti-black, anti-indigenous) impulse
to not mix with anyone else. ¿& what’s
with jalapeños in the curtido,
cipotes? ¿With using spicy “salsa”
instead of salsa de tomate? There’s too many
“restaurantes,” one side of the menu: Mexican,
the other, platos típicos. Typically
I want to order the ensalada, but then
they bring me an actual salad.
I say: cóman miercoles, they
want to charge me extra for harina de arroz. Extra
por los nueagados. There’s
nowhere I’d rather be most
than in Abuelita’s kitchen, watching her
throw bay leaves, tomatoes, garlic, orégano
into the blender, then chicharrón,
helping her sell to everyone that knows
she made the best pupusas
from 1985 to 2004. By then,
Salvadoreños became “Hermanos Lejanos,”
we traded Colón for Washingtón. By then,
Los Hermanos Flores looked for new singers
every time they returned from Los Yunaited
to San Salvador. Stay, no se vayan,
es-tei, no sean dundos, was all
those Salvadoreños could say.
We didn’t listen & came here
only to be called Mexican or Puerto Rican,
depending on the coast. We had to fight
for our better horchata, not
the lazy whiter one with only rice. & when
we didn’t want to fight
we tried to blend, speak more “Mexican,”
more ira, more popote, more
no pos guao. ¡Nó, majes!
¡No se me hagan dundos,
ponganse trucha vos!
When anyone wants to call you: Mexican.
You can just say: Nó,
actually, andáte a la M—
racista cara de nacionalista.

Copyright © 2020 by Javier Zamora. Originally published in Poem-a-Day on October 9, 2020, by the Academy of American Poets. 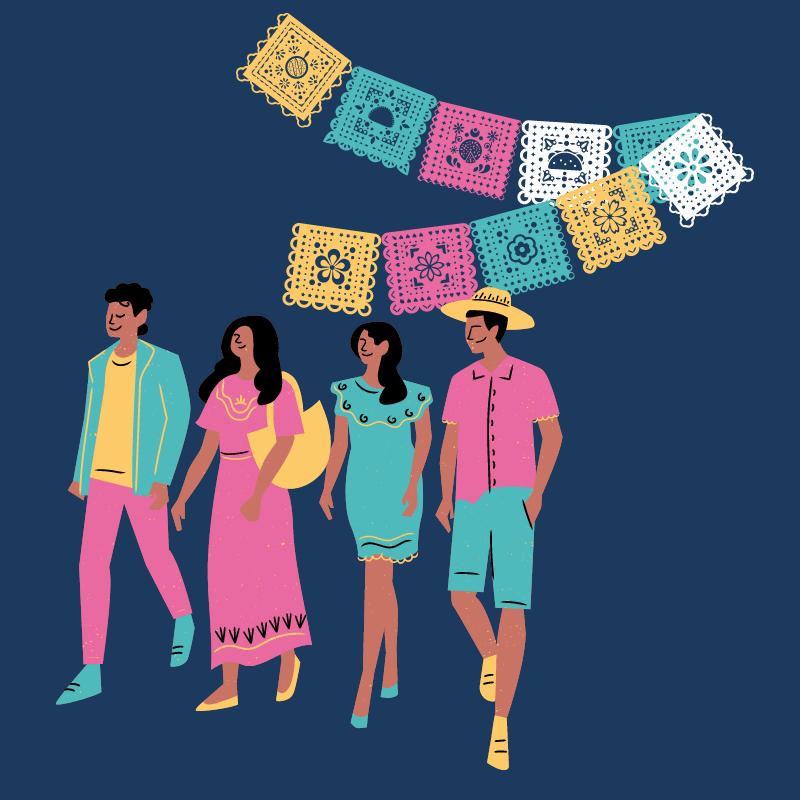 National Hispanic Heritage Month traditionally honors the cultures and contributions of both Hispanic and Latino Americans as we celebrate heritage rooted in all Latin American countries. During this month and throughout the year, the National Park Service and our partners, share history, heritage, and accomplishments of Hispanic and Latino Americans of past and present (Library of Congress National Hispanic Heritage Month).

In this research guide, you will find resources relating to Hispanic and Latinx topics, as well as some keyword search strategies to help you get started. Whether you're researching for a class, just want to learn something new, or are exploring your own unique identity, we hope you find something interesting and useful!

Please use the navigation tabs to the left or click on the links below to get started.

The History of the Los Angeles Dodgers